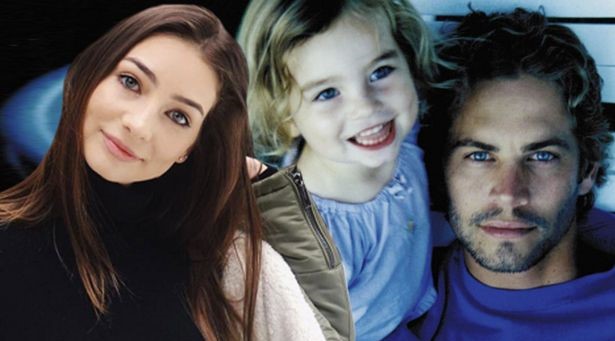 Meadow Walker, the 17-year-old daughter of the legendary Fast and Furious actor Paul walker, has just been awarded a cash settlement of $10 million from Roger Rodas’s estate. During the fatal Porsche accident that took Walker’s life back in November 2013, Rodas was the one who was behind the wheel.

Miss Meadow’s attorney, Jeff Milam, unveiled to TMZ that the while accused was partly responsible for the tragic accident for the reason that he wasn’t ‘‘directing the car through any particularly unsafe maneuvers when it went out of control.’’

This is the very first time any information about the Rodas estate and Meadow’s settlement details has been officially disclosed. The case was actually finalized way back in November 2014 but all the details surrounding remained undisclosed to date because at first, the case had been filed under the name Meadow W. Reports also indicate that while the total value of the settlement was $10 million, Paul’s daughter will receive roughly $7 million while her attorney on record will cash in the remainder $3 million.

The earnings from the said lawsuit would be placed in a trust that is set aside for Meadow Walker according to her attorney. He also said that the settlement would only cover a fraction of the amount that Paul would have earned, if his life would not have had the tragic end.

Moreover, the daughter of the late Paul Walker is also thought to be pushing through another lawsuit against Porsche, the car manufacturer responsible for the vehicle that led to the accident. According to reports, the case insists that the $13 billion corporation is responsible for the production of a vehicle that contains design defects which eventually resulted in the death of Meadow’s father, Paul Walker.

This lawsuit follows through despite the fact that an identical case by Kristine, the widow of Rodas was already dismissed by a federal judge early this week. Kristin alleged that the accident was caused by lack of crucial safety features, including a suspension failure on the 2005 Carrera GT Porsche that her husband and Paul were in at the time of the fatal crash.

Philip S. Gutierrez, a United States District judge released a statement clearing the billion-dollar car manufacturer of any wrongdoing since Kristine’s team was unable to provide the court with irrefutable evidence.

Both Paul Walker, 40 and Roger Rodas, 38 passed away on the spot after the Roger lost control of the vehicle as they traveled and ended up colliding with a concrete pole and several other trees while moving at a speed of between 80-93 mph in Valencia, California which is a 45 mph zone. According to an inquiry in 2014, the main cause of the accident was the speed and the rarely used tires which were 9 years old at the time of their use. Both the bodies of the deceased were burnt severely from the explosion of the vehicle at the time of the accident.

Up to date, despite his early death, Paul Walker is deemed as one of the best actors of his time and he is missed by all.