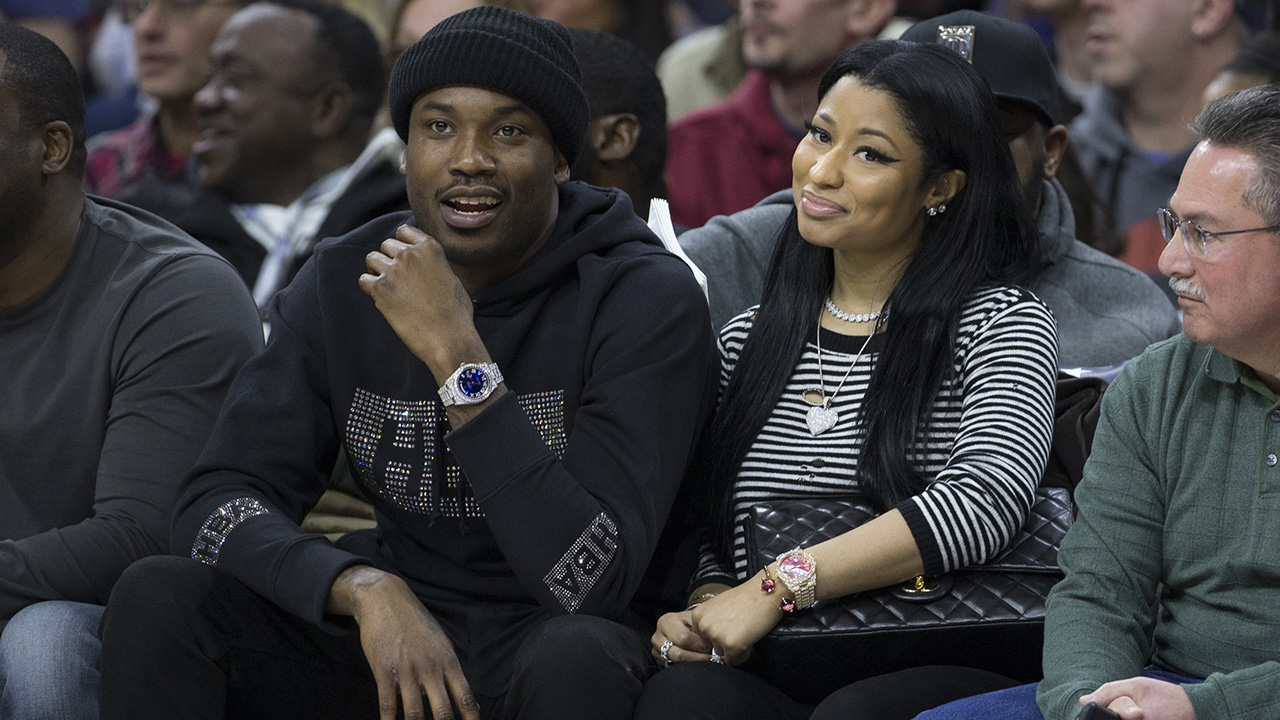 Ever since the relationship status of the All Eyes On Me joint stars became public, all fans kept waiting for the big engagement announcement, but it never came to light until Nicki Minaj was spotted with a huge diamond rock on her fingers. Everyone assumed that this was a clear indication of a soon to be trip down the aisle for in most cases, that is how it all starts. But apparently, not for the Anaconda hit maker!

The 33-year-old rapper recently opened up about the status of her relationship with the singer of R.I.C.O Meek Meel during her Thursday appearance on The Ellen DeGeneres Show. She confirmed that even after receiving two gigantic rocks on her fingers, the two were still not engaged. She said that neither of the rings that she received from the main man in his life were engagement rings. Actually, Nicki revealed that when she was being given the ring by his boyfriend Meek, he told him that the next ring he buys for her would be the engagement one should he get him a third on.

But during the show, when the host inquired about Minaj’s readiness to get engaged, she neither accepted nor denied. She just said that she doesn’t now and that Meel and her are still in the process of getting to know each other better. In fact, she added that she no longer wanted to say that she is in a relationship anymore since her relationship status tends to fuel a lot of meanness from people all over.

Nicki even called herself single for a moment with regards that it was best to keep things out of the constantly nagging public eye especially after rumors sparked up on her split with Meek earlier this year on valentine’s day. The rumors came out just because Nicki failed to share the photos of her Valentine’s Day presents from her beau with her fans on Instagram.

On that very day that the rumors came out, she said that she was having quite a wonderful time with his man in bed all day and she confirmed that Meek did give her three amazing gifts on the same day.

With the constant public attention on their relationship, Nicki also revealed that she is not obsessive about posting her relationship details all over social media because she is not really looking for public approval of her relationship ‘‘… you have to keep those things sacred.’’ She said in the interview. Irrespective of how great your life is, you do not have to keep posting everything about it, even your personal stuff!

Well, she made it quite clear, she is not engaged as everyone assume and It looks like their relationship is as strong as ever as they take things one step at a time with her beloved!