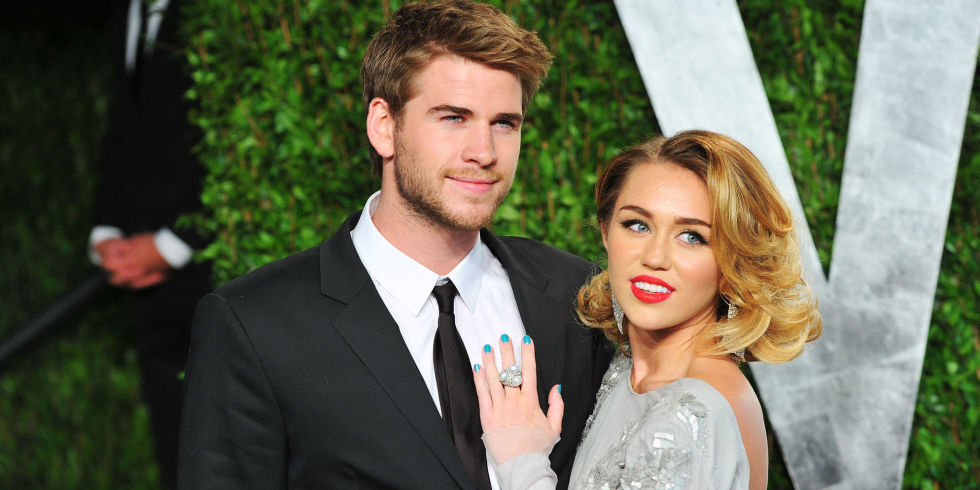 Even though it is flat out naïve to make an assumption that every single buzz you hear or read about celebrity couples is true especially after some overwhelming photographic evidence, this one is quite a shocker! Of late, Miley Cyrus has occasionally been seen flaunting a particular ring on her finger and this led people to believe that she must once again be engaged to her former ex-fiancé, Liam. This comes after they got back together as an official couple and reports even confirm that they have even moved in together.

When The Hunger Games actor was questioned about the engagement rumors in an interview with TV Week Australia, he answered with a simple, ‘‘I am not engaged, no”. And that was it! So, no matter how true the engagement buzzed seemed to you, they are still not there. But then again, it is quite interesting that the 23-year-old Wrecking Ball feels like they are once again engaged and she is quite hopeful at the prospects of tying the knot with Hemsworth. It seems rather contradictory of them to have two different views about their relationship. Irrespective of that sources indicate that the two are both very happy in their relationship and Liam did not deny the engagement rumors to diss his partner, no! He in fact said that he believes that before something becomes official, he would have to ask Miley for her hand in marriage once again.

The 26-year-old actor has always been private about the renewal of his romance with Cyrus so it came as quite a surprise to most people that he decided to set the record straight. Apparently, the two sensational stars rekindled their love over the holidays when Miley traveled to Australia to have a good time with her beau’s family. He is a more traditional guy in such matters so as long as he still hasn’t officially asked Miley, they are just a happy couple. Sources further indicate that each of the celebs has a different standpoint about their relationship, but it is not a reflection on the status of their happiness. It therefore seems like depending on who you ask you will get a different response. Miley feels like they are already engaged while Liam believes that he must first ask her formally before it becomes a real engagement.

Miley Cyrus also keeps spotting the ring that Liam gave her during their first engagement which was short-lived and she even shared a photo to her followers via Instagram. Considering the fact that the couple moved in together back in January, and they were spotted showing some PDA earlier in April; everything points towards another engagement! Nonetheless, you heard it from Hemsworth, there is no engagement until he asks his better half to marry him once again! They might not be officially engaged but sure enough, they are quite happy with each other and that looks like the only thing that matters to the duo.

Are you surprised with Liam’s response? Do you think its good news that they have both decided to take it slow and live in the moment in their second shot of romance? Tell us what you think below!