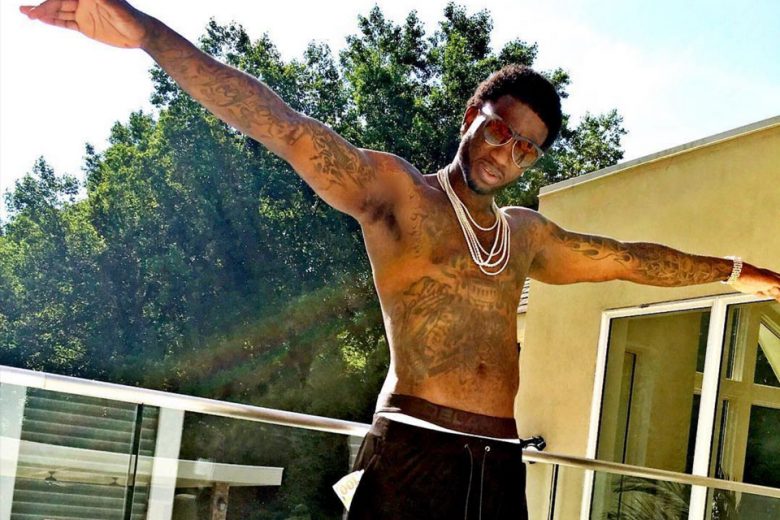 A few days ago, die-hard fans of rap were in a rejoicing mood when it was announced that Gucci Mane, the Atlanta legend had finally been released from prison. For a quite some time now, the embattled sensational rapper has been shifting in and out of the legal system. His most recent stint lasted nearly two years after violating parole. He pleaded guilty to charges of possessing a firearm by a convicted felon back in May 23rd 2014. He served his time in the United States Penitentiary in Terre Haute, Indiana. While most fans all over were overjoyed that he was out, his tremendous weight loss was also something that took people by surprise. His famous ‘Gucci gut’ is no more! He is currently sporting a slim and trimmed up figure that got everyone talking, after his fiancé, Keyshia Ka’oir posted a video on Snapchat.

In a myriad of Snapchat videos that Gucci’s fiancé shared with her followers, she could repeatedly be heard marveling at her fiancé’s svelte new physique. His weight loss is so remarkable that it got fans all over social media talking about how amazing his transformation is! From a ‘Gucci gut’ to a well trim body, with a six-pack! It is clear that he must have done something different while in prison.

He was able to shed about 50 extra pounds by ditching carbs behind bars and it also helped that he wasn’t able to get his hands on alcohol. He believes that a no-card diet is the key to maintaining his newly attained physically fit look and he is planning to keep on with the diet even during his current house arrest. He realizes how critical working out his, now that he has abs of steel, which he wants to maintain. He is going to keep on with his prison regimen of weights and sit-ups, this time at a 24 Hour Fitness gym and not in the yard. Apparently, Gucci, is so serious about his upgraded physique that he actually turned down cake and booze, at least according to Drew Finding, his lawyer. He stuck to chicken and some water.

The ATL hitmaker was supposed to stay locked up at least until later in September 2016. However, his early release came after he received credit for the previous time he has already served. Right after Gucci was released out of prison, he was already recording some fresh hits. In fact, 1017 records, his record label tweeted to followers that Guwop was already in their studio an hour later after his release.

Gucci Manes’s new look is quite impressive especially since before he was sentenced to jail. He used to be clowned by lots of people and they used to say he looked pregnant after packing on the extra pounds on the especially on the belly. This was back when he rapidly rose to be a well-known trap rapper. Now, things are different with his new amazing look, it is quite interesting that some fans are even missing the ‘Gucci gut’! Looking at music, it seems like the musical scene is about to change in a big way after his body transformation. What do you think about his new look? 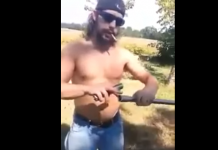 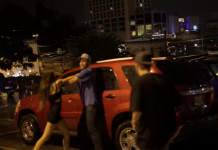