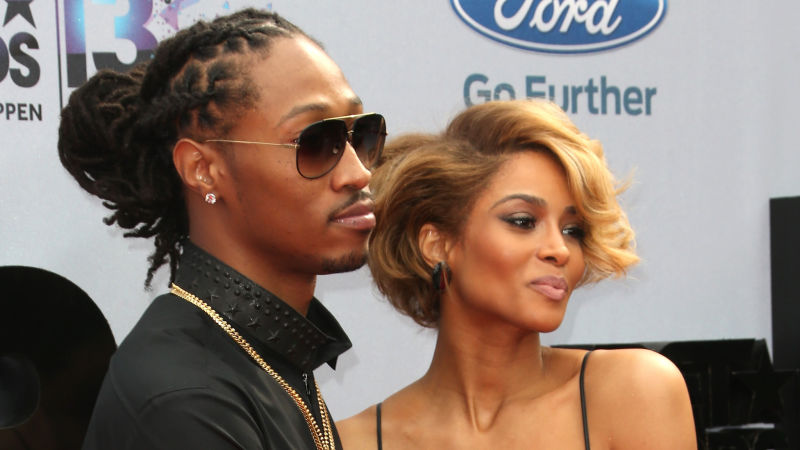 Well, it looks like the feud between Future and her ex-fiancé Ciara is surging on! Future, just fired back at Ciara’s defamation suit of $15 million and he insists that there is no way he could have damaged the Dance Like We Are Making Love hitmaker since at the moment, she does not have any reputation.

This heated dispute has been getting worse after the two split up back in August 2014. Earlier on in the year, Future ranted about his former lover all over Twitter, insisting that she is nothing close to a fit mother to their child, Future Zahir Wilburn. He also accused her of using their son in publicity stunts and this is one of the reasons why it makes her an unfit mother according to him. Ciara has also been accused of control problems by her ex due to visitations and this pissed her a lot! This is particularly because the Like A Boy singer pointed out that Future has had at least 19 visitations some which lasted even several days since the end of 2014.

The social media rant is one of the major reasons why Ciara took to the courts for defamation and she sued him for slander and libel. She also wanted the courts to block Future from the mention of their son in social media which included the deletion of the unpleasant tweets. Ciara also alleged that these rants were part of his former lover’s way of trying to give his musical career a hype!

Future on the other hand has now responded with his own suit and he describes the last album of his former lover as a flop. He goes as far as saying that the musical career of Ciara has been stale a number of years now, referring to her fan base as ‘reasonably large’ The Jumpman artist still keeps on in the suit and puts it out there that his ex-fiancé hasn’t really won a lot of awards in the past two years. He also wants the court to force his ex from tarnishing his repute and that she should pay up the legal bills that he has sustained in fighting her lawsuit!

Despite the fact that the statements in Future’s counter-suit are partially accurate, it is quite ironical that he is the same person who wrote and recorded some songs on the album Jackie with the woman she is now calling a flop! Furthermore, Future even called this album ‘a classic’ at some point, the same album that he has tarnished in the lawsuit.

It is quite shocking how two people who not so long ago seemed to be head over heels in love with each other start having relentless feuds. Wait,…come to think of it, in the world of today, particularly in the entertainment industry, it looks like these are the kinds of feuds that keep going on. Now the question that keeps ringing in our minds is; how far will all this go? Well, let us wait and see! What do you think about all these? Share your thoughts!