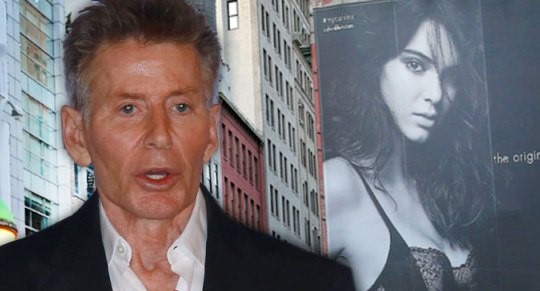 Kendal Jenner has managed to effortlessly grace the runway for a lot of major designers in the industry and she has also been featured in several campaign ads including the Calvin Klein Underwear. Despite all that, Calvin Klein himself doesn’t really like her as a model. He revealed all that in a recent interview and he even said that if he were still at the top dog of Calvin Klein; the brand, he would not have featured Kendal in any of his campaigns!

Calvin Klein further called the industry disappointing in the course of a talk with Fern Mallis, the former CFDA president while they were at the Savannah College of Art and Design. The founder of Calvin Klein lent his two cents on the young celebrities that are currently being featured in the brand’s advertising campaigns. The brand is presently being headed by Francisco Costa.

When Mr. Kalvin was asked by Mallis about what he thinks on the participation of Kendal with the brand, he said that he was honestly not familiar with her concept as a model for the brand. He however did not deny the fact that Jenner is a lovely young lass but he insisted on the fact that he would not have settled for her as a model, even for the current changing times.

On the other hand, Mr. Klein said that he loved Justin Beiber’s representation of the brand in the ‘‘My Calvins’’ advertisements. The 73-year-old designer expressed his distaste for the fact that the selection of Jenner was based on the fact that she has millions of followers on social media. He also insisted that if he says he likes Justin Beiber’s feature in ads, it is because he likes him as a person and as a model but not because of the massive fellowship that he has all over social media.

Irrespective of the fact that Kendal and Justin potentially appeal the new millennial audience to the eminent American design house, Calvin said that he would not depend on social media to maintain the strength of the Calvin Klein brand. He added that in the present day, models are getting paid based on the number of social media followers that they have instead of being booked because they are a true representation of the designer’s essence. According to Klein, that is not an effective strategy for long-term success of a product that is trying to be sold.

It has now been 14 years since Calvin was taken out of the design process of the Calvin Klein brand, when it was bought by the Philips-Van Heusen corporation back in 2002. Instead of what is being done now by the brand, Klein suggested that social media could be an asset if exquisite photos of the right models in the right kind of clothes, in a suitable location are put online.

He even takes a shot at Kendal’s sister Kim Kardashian and says that for long term purposes, Kim Kardashian putting on just any old clothes won’t amount to anything substantial for the brand.

Share your reactions to the comments by Calvin below!